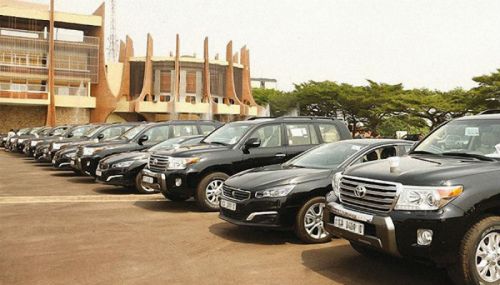 Is it true that the national commission will dirsburse CFA 700 million for 15 new cars ?

Cameroon Motors Industries (CAMI, local subsidiary of CFAO Automotive) won a CFA700 million contract to provide 15 vehicles to the National Commission for Bilingualism and Multiculturalism Promotion. This equates to about CFA47 million per car. The company’s sales manager in Yaoundé has indeed confirmed a document being shared on the Internet on the matter. However, due to “professional secrecy", he refused to provide any further information which includes the cars’ brand, among others.

“47 million to be disbursed per car, this is not that much expensive. Prado brand cars for example, might cost CFA100 million. What I find odd however is that it was an off-exchange trading, while such contract (a more than CFA50 million contract) should follow a tender process, under the Public Procurement Code,” the manager said, wondering how it is possible to breach such law.

Let’s note that the document includes an authorization to award the contract over the counter, issued by the Minister in charge of public procurement.

The national Commission for Bilingualism promotion, chaired by former Prime Minister Peter Mafany Musonge (1996-2004), was created in January 2017 via a presidential decree. Its 2018 budget is valued at CFA3.4 billion. The commission’s mission is to “promote bilingualism as to maintain peace, and strengthen the unity of the country as well as the desire and daily practice of living together”.