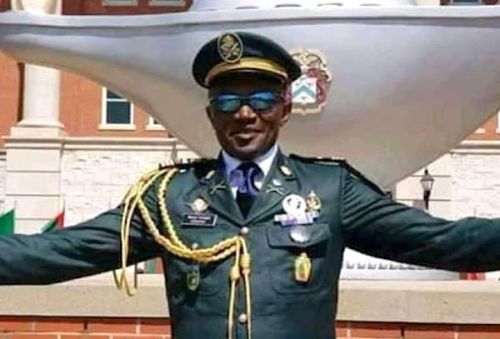 No, lieutenant-colonel Michel-Ange Tsague was not murdered in Bamenda

Some claim that this high-ranking army officer was beheaded during a fight with pro-independents in Mankon, in Northwestern Cameroon. Really?

“Lieutenant Colonel Tsague was murdered in defiance of republican institutions in Bamenda on Tuesday, December 24, 2019, according to corroborating sources by pro-independent terrorists from Mankon. The Fon [title of traditional leader] of this locality is increasingly suspected of harbouring and covering up terrorists who find refuge there after their crimes.” This is the message circulating about a high-ranking officer in the Cameroonian army. But the information is false.

“The Chief of Battalion Tsague Michel-Ange, who was on duty at the army general staff, died in the afternoon of Monday, December 23, 2019, at the military hospital in Yaoundé. We note here that the deceased did not die at the battlefront in the English-speaking area, but in Yaoundé, the capital of the country. Moreover, he died on December 23, 2019, and not on December 24,” Commander Cyrille Serge Atonfack Guemo, head of the Communication Division at the Ministry of Defence, clarified in an update published on last December 25.

“Driven to the emergency room very weak, he presented with hemorrhage, which the medical team did not have time to investigate before he drew his last breath, according to Colonel Bibi Didier Cyrille, the doctor who received him. He was on the promotion board for the rank of Lieutenant-Colonel, effective January 1, 2020,” Mr. Atonfack continued.

Other military sources inform that on Friday, December 20, 2019, the Chief of Battalion Tsague Michel-Ange was present and in good health at the graduation ceremony of officers at the 24th course of the staff diploma ceremony chaired in the compound of the Ecole Militaire Inter-armées (EMIA) by the Secretary of State for Defense in charge of the National Gendarmerie, Galax Landry Etoga.