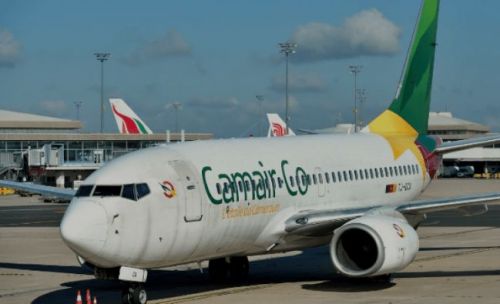 Yes, A Camair-Co plane returned to its starting point shortly after take-off but…

An aircraft of the state-owned carrier, flying between Douala and Yaoundé, returned to its point of departure shortly after take-off, rumors claim. Is it true?

Several online media and social media posts report that a Cameroon Airlines Corporation (Camair-Co) plane flying from Douala to Yaoundé was forced to turn back. “A Camair-Co kite flying from Douala to Yaoundé turns back after flying for 15 minutes,” a Facebook user wrote ironically calling the flight a kite. But is the information really true? Well, it turns out it's true. A Camair-Co plane was indeed forced to turn back.

The incident occurred on December 13. “The flight was supposed to leave Douala for Yaoundé at 7 am, but it finally left at about 8 am and at 8:34 am, it returned to the parking lot,” sources at Aéroports du Cameroun (ADC), the company in charge of the management of airport platforms in the country, revealed.

A “technical problem,” they say, forced the pilot to return to his starting point after about thirty minutes of flight, and not a quarter of an hour as the online media and social network users claim.  The aircraft was inspected to ensure that it could fly again without incident. “After inspection, the plane took off again and arrived safely in Yaoundé,” our sources assure us.

Unlike the ironical information, the aircraft in question is not a Chinese MA60 series passenger plane, but rather a Bombardier Dash8-Q400 (Canadian-made), leased from the Emirati company Abu Dhabi Aviation.