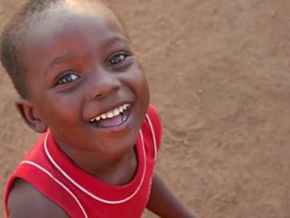 Is Cameroon really the 11th happiest country in Africa?

The World Happiness Report (WHR) is a report on well-being and happiness published yearly since 2012 with the support of UN.

Recently, it was claimed that Cameroon is the eleventh happiest country in Africa. Some may wonder if that is true but it is real. The information is corroborated by the World Happiness Report (WHR) published in March 2017 by the Sustainable Development Solutions Network for the United States. The WHR is a yearly report on well-being and happiness in the world started in 2012. The report is compiled by independent experts and is supported by the United States.

In its chapter focused on Africa and named Waiting for happiness in Africa, the report indicates that happiness is less evident in the continent, compared to the others.

On a scale of 10, four out of five African countries are under the average. According to the WHR, Cameroon is the eleventh with 4.695 out of 10, just before Namibia (4.574) but after Sierra Leone (4.709). Algeria and Central Africa are respectively the most and the least happy countries.

In the report, it is revealed that Africa is no more associated with famine, disease or endless dictatorship, it has reversed the previous stereotypes. Investment has now replaced development assistance.