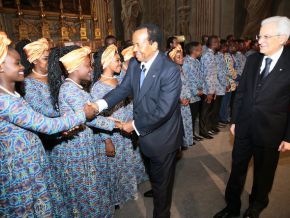 Is it true that some of the 50 students- choir members who travelled with Paul Biya to Italy ran away to remain in Europe?

Rumour has it that these students found an easy option for clandestine immigration. Really?

The most shared tweet on Wednesday in Cameroon was obviously the one suggesting that “13 of the 50 students from the Yaoundé 1 University who travelled with Paul Biya to Italy apparently fled from the group”.

In total: 395 retweets! The author of this announcement wrote with in the conditional language, to indicate that they are not sure themselves. In reality, the 50 members of the “Glorious Voices” choir from the Yaoundé I University all returned to Cameroon yesterday after 4 days in Italy.

According to trusted sources and journalists who interacted with them in Italy, they landed at the Nsimalen airport dazzling their audience in the country of Sergio Mattarella. It was actually the Italian President who triggered their trip.

The latter was indeed very impressed by the Ngoa Ekellé choir during his recent work visit in Cameroon in March 2016. Sergio Mattarella had given an inaugural lecture in Hall 700 at the Yaoundé I University and had listened to the campus choir. He expressed his wish to hear them again.

A wish fulfilled by President Paul Biya this month, by including 50 choir members (30 young ladies and 20 young men) in his delegation for the Cameroon-Italy economic forum which took place from 20 to 22 March. 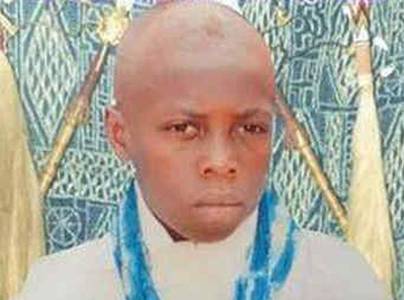 The chosen choir thus gave a beautiful performance at the Paolina Chapel in Rome and a magnificent concert at the Italian Presidential Palace, on Sunday 19 March. It would certainly take some nerve to travel with a president and ran away to immigrate in clandestinity…