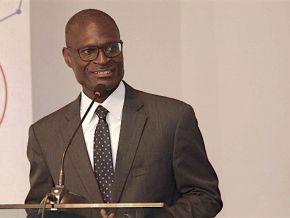 Some local media say the head of Cameroon's national social insurance fund is one the highest paid executives of the country.

However, on July 26, two days after the issue, the executive himself, warned the management of the Journal. Indeed, M. Mekulu Mvondo Akame said the information provided is “absolutely false, and so far from the truth”.

Though the MD did not provide the correct figure, we were able to get a copy of transcript of the CNPS’ board meeting held on Dec 18, 2016, defining the wage and advantages of the executive and his deputy. According to the document, CNPS’ managing director earns FCFA3.75 million per month while his deputy earns FCFA3 million.

The same source adds that Mekulu Mvondo Akame has access to a luxurious car valued at FCFA50 million and an all-terrain car worth the same amount.