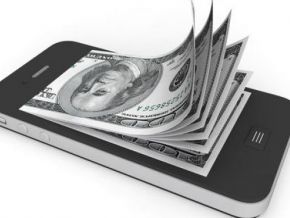 Is cash issued via Mobile Money really comes from mobile operators themselves?

According to some, it is even believed that mobile money transactions are regulated by mobile operators such as Orange and MTN themselves.

In an article entitled Lettre de la recherche (Research letter) released in July 2017, the Bank of Central African States (BEAC) shed light on recent issues related to Mobile Money which is currently booming in Cameroon. The regulator said the sector has not been established and is not monitored by mobile operators.

“It’s quite a wide spread belief that mobile operators are the ones to directly provide the money sent via Mobile Money transactions,” the central bank indicates.

Though this line of thoughts is quite understandable, given the various economic models adopted by Mobile Money services within the Central African Economic and Monetary Community (CEMAC), “commercial banks are actually the only entities allowed to, under regulation, issue electronic currency via this medium in the region”. Under the same regulation, mobile operators only act as distributors of this currency.

The BEAC explains that in line with an agreement it has signed with commercial banks, the lenders are to insure the topping up and cashing of “electronic money”. In other words, mobile operators are simply relay points of commercial banks.

This falls under a commercial strategy which leverage on mobile operators' customer base, which is far greater than that of the issuer of the e-currency itself. Orange and MTN for example, together, have a customer base of nearly 20 million people, way above lenders such as BICEC or Afriland First Bank.