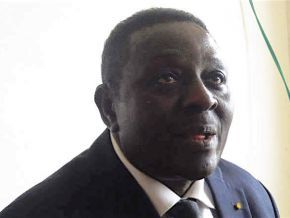 Has Joseph Mbah Ndam resigned from his position as vice president of the house of assembly?

Some people claim that the official renounced his parliamentary rights

“I won't go back to Yaoundé. I will not go to the parliament if the situation does not change”.  These were the words of Joseph Mbah, deputy of the Social Democratic Front (SDF), to an excited crowd in the southwest on September 23, 2017. He said that he would not return to the hemicycle at Ngoa Ekellé, Yaoundé, as long as “citizens of the Anglophone regions” would be ostracized in Cameroon.

Curiously, for someone who just resigned, when an RFI journalist called him that day to know where he was, he evaded the question saying: “I am hon. Joseph Mbah Ndam, Vice President of the national assembly of Cameroon”

When the journalist insisted saying: “we just want to know if what we have heard is correct...” Mbah Ndam replied: "why does it matter to you? It is not your concern. Anyway, I'm not in Yaoundé. "

However, the journalist did not back down: “Could you state your position in the coming hours?” M. Mbah Ndam answered: “what is exactly your problem with this? How does it matter to the country?” On this note, he hang up.

However, reliable sources from the house of assembly corroborated that the deputy never resigned officially. The news is therefore partially false.