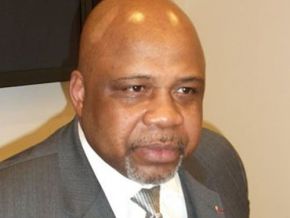 The man who is still claiming to be a member of the opposition party UNDP launched Mouvement Prospérité, Paix et Ordre on November 15, 2017. Is this a new political party?

"Mouvement Prospérité, Paix et Ordre" is a political movement launched on November 25, 2017, by the politician Célestin Bedjigui (picture). He explained that: "Mouvement Prospérité,  Paix et Ordre is not a political party. It is for members of various political layers wishing to get out of the actually observed impasse, and it was established to find solutions to the resilient challenges faced by Cameroonians and Cameroon”.

Célestin Bedjigui said that his movement wants to suggest solutions to reduce economic stagnation or the massive unemployment, estimated at 40%.  "For years, we have lost ourselves in lone critics. Let’s dare bring our minds together in order to pave the way to happiness for the Cameroonians, and towards greatness for which Cameroon has every potentialities", Bedjigui said.

Célestin Bedjigui said that he remains a member and vice-president of Union nationale pour la démocratie et le progrès (UNDP), the opposition party. Some of the party’s leaders are however against him being the vice-president.