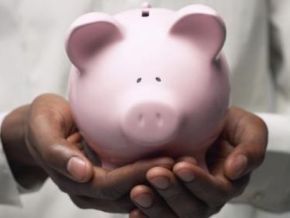 Yes, microfinance intsitutions will now be sanctioned for not sending their reporting statements to COBAC

Unlike what was done before, from 2018 , it is compulsory for microfinance institutions to send their reporting statements to COBAC.

Some operators who wish to enter the microfinance sector do not know that it is now well regulated. Gone are those times when some administrative blunders were tolerated by the Central African banking commission COBAC.

From now on, the monitoring institution will be less tolerant of the institutions which would not send their reporting statements namely, their off-balance sheets and risk reports.

This was confirmed by Maurice Christian Ouanzin, the deputy secretary of COBAC. He revealed that failure of any microfinance institution to submit its reporting would call for sanctioning according to the new regulations in order to secure the sector.

During a workshop on reporting in Libreville, Gabon, he revealed that many of such institutions have been sanctioned and disciplinary procedures are ongoing for some others. He further informed that in the future, they would intensify their actions.

Finally, Maurice Christian Ouanzin revealed that barely 30% of the about 700 microfinance institutions in operation with COBAC’s permission transmit their report.