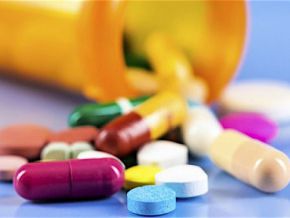 Drugs banned in Europe are still used in Cameroon

Over the past few days, a list of 42 prohibited drugs in the European Union has been circulating on social networks. The message that accompanies this list states: "Cameroon uses medicines banned in Europe". These include drugs such as, Alaxin 60mg tablet, Amodiaquine 200mg tablet, Arinate 100mg tablet, Arsumax 50mg tablet, and so on.

Commenting the issue, Aristide Ateba Etoundi, Director of Pharmacy, Medicine and Laboratories at the Ministry of Health, told the press that despite the authenticity of the list, the information relayed on social networks dates from 2010. “Drugs found on the list are made up of a single molecule. However, Cameroon’s healthcare guide excluded monotherapy in oral treatment for malaria. Pharmacies and drug shops prescribe products with at least two molecules which are more efficient to treat malaria”, he said.

In other words, the official says the list currently circulating is a fraud since anti-malaria drugs actually used in the country are composed of at least two molecules and not just one like the 42 drugs on the list.