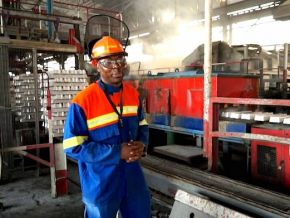 It is said that young graduates are invited to submit applications to work at Aluminium du Cameroun (Alucam). Really?

Despite the persistent rumors that claim Société Aluminium du Cameroun (Alucam) is currently recruiting, this is not the case. This is the reason Modi-Koko, the company’s human resources manager published a statement.

“We heard rumors, claiming that Alucam/Socatral is hiring young graduates, are being propagated by an SMS message. The management is officially refuting the claim”, the manager wrote explaining that the company has not launched a massive recruitment.

Alucam, therefore, denies any responsibility  “towards those who would fall prey to the obviously mischievous individuals who are the authors of this information”. It also reserves the right to file complaints against the authors of such messages.