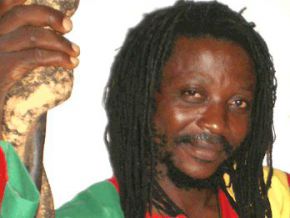 Has the artist Joe the "Conscience" really announced his candidature to run for the Presidency in 2018?

It is said that the singer-activist means to stand for the highest office. True?

The most unexpected candidatures are flying from all corners of the country to replace Paul Biya in 2018. All the profiles are brandishing the "Yes I Can" hoping to stand for election in the Cameroonian presidential. After songs that didn't have much success, Joe the "Conscience" is making people talk about him by announcing his candidature to run for the Presidency in 2018 on his Facebook page. Even though he is relying on "people of goodwill" to pay the deposit of FCfa 5 million required from each candidate, he has a political programme!

Selected excerpts of the singer's great ambitions for his country: "(...) I will make the presidential mandate 10 years with one renewal. However this mandate will be supervised by a very rigorous Impeachment process." Ah yes, 10 years to rule and a second chance to come back. And that is not the end. Joe the "Conscience" means to take his revenge against a particular official exam. "I will proceed with a radical reform in school programmes. To take our education system out of current profiteering, he says, I will scrap the official Grade 11 exam that made me abandon school, and reinstate grammar and spelling mistakes at minus 4 and minus 2."

One can already see those who are sniggering about this action plan. To the doubters, Joe the "Conscience" retorts: "The same people who accuse the Cameroonian youth of insipidness and spinelessness with the power of the great national mollusc are the ones who jeer at the young people who dare."

To those who refer him back to casket manufacturing, his speciality, kindly take him seriously...