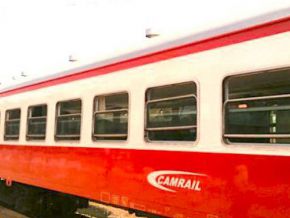 Camrail is contesting the results of the commission of enquiry into the catastrophe in Eseka?

A document circulating on social media since 24 May 2017 indicates that the transport carrier declared principally responsible for the 21 October 2016 derailment is demanding an international counter-expertise.

The typeface and style of the document looks a lot like those normally used by Camrail, the concessionary train operator in Cameroon. But the communications services of the Cameroonian subsidiary of French Bolloré, are formal: "the document is a fake".

Indeed, since 24 May 2017, a communiqué attributed to Camrail is circulating on social media, following the publication, on 23 May, of the results of the government enquiry into the rail catastrophe of 21 October 2016 at Eseka. According to this commission of investigation, the railway transporter is declared "primary culprit" of the derailment which caused at least 79 deaths and 600 injured. This due to several failures: break failures in the carriages, overloading in the carriages in spite of the reservations of the driver, over speeding of train n°152, etc.

Only, according to the "fake" document in circulation, the company Camrail acknowledges the communiqué from the Presidency that presents the conclusions of the commission of enquiry and the directives of the Head of State, Paul Biya. "Camrail contests however certain important points appearing in the conclusions of the experts of the commission", it reads in the almost imaginary communiqué. Which adds: "Camrail notes that the commission's report seems to question the new rolling stock supplied in 2014 within the framework of an international tender procedure, for which Camrail confirms that litigation is proceeding. The experts of Camrail put forward the hypothesis of a fault or failure in conception of this equipment as the cause of the accident, and ask that an international expertise be carried out".

Camrail communications services, insist that "unfortunately, it is a fake communiqué".