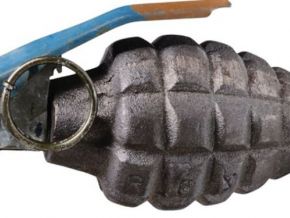 It seems that two people died in the explosion. True?

Some days ago, Social media posts claimed that some soldiers had detonated a hand grenade in North Cameroon. Well, it is true.

This was confirmed by the defense minister Joseph Beti Assomo in a note published on June 25, 2018. In the note, he informed that in the night of June 24 to 25, 2018, two soldiers, obviously drunk, went into a bar at Harzaï in Kousséri, in the far North.

During an argument with the bar attendant, one of the soldiers detonated the grenade he illegally carried. Two people died and thirteen were injured by the explosion.

The minister added that the two soldiers had been arrested and are being detained at the Gendarmerie station in Kousséri.

An investigation has been launched and the process to expunge the culprits from the defense forces has been initiated.