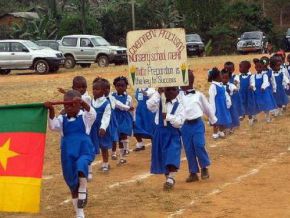 Are authorities concerned about reopening of academic year in English-speaking regions?

Security issues in the north west and south west apparently worry many.

While populations seem to take lightly calls for the boycott of the school reopening in the English-speaking parts of Cameroon, authorities on the other hand take them very seriously.

At least that is what attests a note sent to the minister of defense, Joseph Beti Assomo, by the State secretary at the police, Jean Baptiste Bokam. The letter which is dated August 22, 2017, is entitled: “Making the 2017-18 academic year safe in the North Western and South Western regions”.

Jean Baptiste Bokam wrote: “In respect with the instructions of the President, aiming to insure the effective start of the 2017-18 academic year in the North Western and South Western regions, and taking into consideration the persistent threats of activists, a special operation to insure effective start of school named OPS Seresco 17-18 is planned by the national police”.

What the state secretary is asking his superior is for additional manpower to enable legion commanders to effectively implement the security measures prescribed by the Head of State.