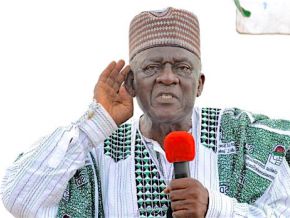 The main opposition leaders have been heading their party since inception, 27 years ago...

We sometimes talk about the long stay of Paul Biya in power, but the alternatives offered to Cameroonians are not much younger.

The change in power in the State of Cameroon regularly demanded by the leaders of the main opposition parties is not the thing most practised at the highest function in their own parties.

In the Top Six of these opposition leaders against longevity in power, we have Ni John Fru Ndi (photo), 75 years old, main leader in the Cameroonian opposition. He is the Chairman of the Social Democratic Front (SDF), since its creation in 1991. This is 27 years of exclusive leadership.

Bello Bouba Maïgari, 69, has been President of the Union Nationale pour le Progrès et la Démocratie (UNDP) for 26 years. This position has assured him for almost 20 years now uninterrupted presence within the government due to a cooperation platform with the party in power, the Rassemblement Démocratique du Peuple Camerounais (RDPC).

Adamou Ndam Njoya, 74 years, is the founder of the Union Démocratique du Cameroun (UDC) and has been at its head since 26 April 1991. This was 27 years ago.

At the head of Alliance pour la Démocratie et le Développement (ADD) legalised on 4 June 1991, is Garga Haman Adji, 72, who has been sitting on the throne without interruption for 27 years.

Dakolé Daïssala’s party, Mouvement Démocratique pour la Défense de la République (MDR), is atypical. Since its legalisation on 9 October 1991, this party has almost never held a convention and its president, during this entire time, is none other than its founder who is today 73 years old.

Finally, Jean Jacques Ekindi, 71, is the president of Mouvement Progressiste (MP) and has always been its only leader since the creation on 23 May 1991.