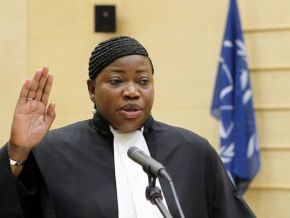 Did a secessionist group really take Cameroon’s government to the international criminal court?

Some people claimed that a secessionist group filed a case against Cameroon with the International Criminal Court. Is it true?

Some rumors claim that "secessionists took Paul Biya and some members of his government to the international criminal court (ICC) for genocide and crimes against humanity"; this is unlikely. "Only the countries which ratified Rome Statute, the attorney or UN security council can file a complaint with ICC”. But, Cameroon did not ratify the statute.

It is true that Cameroon signed the adoption of the statute but, Cameroon’s president still has to ratify it to agree with a mediation from ICC so, the country can neither take nor be taken in front of the court. "Cameroon could have ratified an odd agreement and through political and diplomatic games, it could be prosecuted but, this is not the case", a political activist explained.

The rumors are however persistent: "A secessionist group from the English speaking part of the country filed a complaint with ICC about the acts of violence which took place in the north-western and south-western regions of Cameroon. The complaint filed on October 12, 2017, asks the Attorney general of ICC to investigate the genocide and crimes against humanity actually taking place in those two regions".

According to our source, the posters were just looking for buzz for political propaganda.