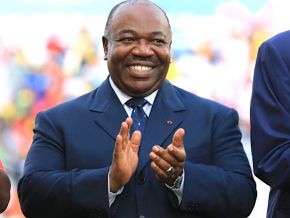 Yes, Vision 4 did mistakenly announce that Ali Bongo has passed away!!!

Gabon’s head of state died in France according to some media sources. Really?

In the night of October 27, 2018, the Cameroonian TV channel "Vision 4" announced, during a newscast that Gabon's head of state Ali Bongo Ondimba has passed away.

This news is quite false. The channel had not even provided a credible source for this rumor neither did it provide the details of this imaginary death.

The scathing denial came from neighboring Gabon. Ike Ngouoni Aila Oyouomi, the country presidency’s spokesman read an official denial on Gabon's national TV in the evening of October 28, 2018. According to the official, the president felt some discomforts on October 24, 2018, during his visit to Riyadh, Saudi Arabia. The president was attending the Davos summit along with high officials from the Middle East and Africa. He was immediately admitted at the Faisal hospital to undergo medical examinations.

"The doctors who examined him then diagnosed severe fatigue due to high activities these recent months on the diplomatic level as well as on the internal reforms", said Ike Ngouoni Aila Oyouomi.

Following this diagnosis, the doctors prescribed a medical break. "He is feeling fine and is resting at Faisal hospital in  Riyadh surrounded by his family and some of his collaborators”,  the spokesman added.