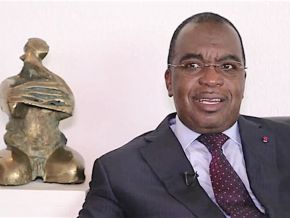 No, the Cameroonian finance ministry has not identified a civil servant receiving 68 different salaries

According to rumors, the said civil servant receives a total of CFA21 million as monthly salaries.

For many weeks now, a post has been shared continually on Social media. According to this post, Cameroon’s minister of finance, Louis Paul Motaze has identified a civil servant earning 68 different salaries of CFA315,000 each since 2015.

Most of the Cameroonians who commented on those posts were outraged. “How can only one civil servant earn a salary of more than CFA21 million per month?” a user commented.  “Ah, Cameroon and its corrupted civil servants !” another user wrote.

However, according to Gédéon Adjomo, the finance ministry’s communication manager, “this rumor is ridiculous”. He reveals that although a physical counting operation was launched in April 2018, there is no such discovery.

Let’s remind that the physical counting operation launched by Louis Paul Motaze was aimed at identifying and removing all the civil servants who are irregular in signing the payroll either due to unjustified absence, leave or unreported death.

The data collection was conducted from April to June 2018. According to sources close to the operation, at the end, about 44,000 presumed fictitious civil servants were identified out of more than 300,000 individuals.