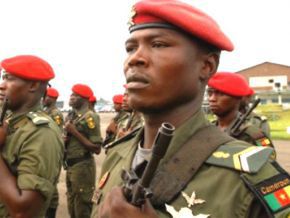 No, no Cameroonian gendarme was killed in Ndian on December 24, 2017

They were rather three assailants who were neutralized while they were trying to attack a police station on December 24, 2017

“Hello everybody, three people, including policemen, were killed and the prefect’s house was burnt down during an attack yesterday (December 24, 2017) in Ndian”, reads a message posted on social media on December 25, 2017. However, after investigation, it appears that the news is fake.

Indeed, Col. Didier Badjeck in charge of communication at the defense ministry denied the claims that policemen were killed in Ndian.

“The truth is that assailants have conducted attacks in Toko (Ndiang) but they were pushed back. Three of the attackers have in fact been neutralized. No member of the defense forces was harmed”, he wrote. Also, the prefect’s house was not burnt.

Rumors about the death of members of the defense forces have been spreading recently, amid a crisis in Northwest and Southwest of Cameroon, started since October 2016. In those two English-speaking regions, corporatist demands (teachers and lawyers) became political demands. Since then, a secessionist group is perpetrating terrorist attacks (bombings, plundering, assaulting police stations…) as a mean of pressure.