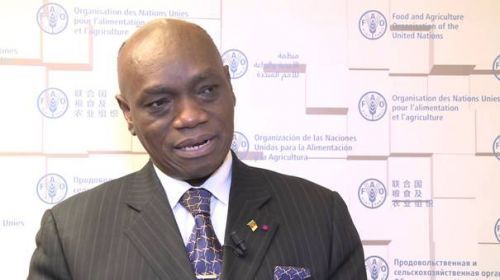 On the initiative of the parliamentarian network REP-COP, the National Assembly recently organized an exchange forum discussing housing issues and land access for the diaspora.

During his expose in the framework of that forum, Minister of Land Affairs (MINDCAF) Henri Eyebe Ayissi first reminded that the legislative and regulatory framework had no discriminating provisions forbidding the Cameroonian diaspora from acquiring lands in their origin country.

He then informed of the creation of procedures and guides (that can be accessed at www.gutf.cm) to inform the diaspora on land issues. Also, Minister Henri Eyebe Ayissi indicated, actions have been initiated to identify specific incentives to deploy to encourage the Cameroonian diaspora to invest in the country and secure their investments.

A “Quota” for the diaspora

One of the reforms being contemplated in that regard is the reservation of a quota for the diaspora during land allotment procedures. “When making land allotments, the government can for instance set a quota of 10% for Cameroonians living abroad. This initiative could also be adopted when decentralized territorial collectivities start their allotment processes,”  the MINCAF said.

Another action considered is the creation of a special land market for the diaspora. That way, through diplomatic posts, the diaspora can submit investment projects to the MINDCAF, which will review those submissions and select the projects for which lands will be made available.  Also, land deeds can be directly sent to the beneficiaries either in Cameroon or through the embassies of their country of residence.

Henri Eyebe Ayissi announces that over the past ten years, Cameroon has created close to one million hectares of land reserves. All those initiatives were praised by MP Louis Henri Ngantcha, president of the REP-COD, who revealed that most of the diaspora’s interest in investing in Cameroon was worn out because of the numerous problems experienced during land acquisition processes.