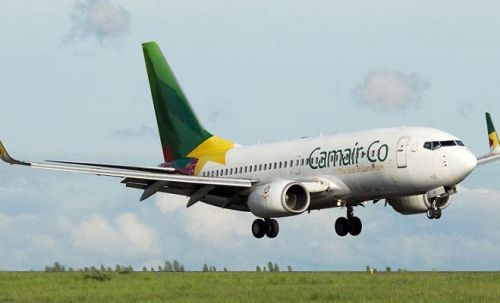 From October 18, 2020, when it resumed its flights, to date, Camair Co has transported over 8,000 passengers, according to Louis Georges Njipendi Kouotou (Managing Director of this state-owned carrier).

During an interview with daily Mutations, the official revealed that the said number did not include the 6,000 seats reserved and paid for till December 31, 2020. “We have also sold 18 tons of freight space,” he added.

To date, the flight regularity rate is over 90%. Flight load factors are equally "encouraging and promising." At 20% in the second week of flight resumption, the load factor rose to 50% in the third week before reaching the current level of 75% on average, particularly on the main North-South line.

“We have not recorded any major incidents. Customer feedback shows an improvement in the quality of service on- ground and onboard flights, especially the culinary offer," the MD said.

These performances were recorded thanks to the only Boeing 737 aircraft, but the airline company plans to increase its fleet. In that regard, on December 6, 2020, it will start operating an MA60 (which is a 48-seat jet). It will also send its two B737-700 NG planes for maintenance and acquire new planes, like the Q400, Louis Georges Njipendi Kouotou explains.

The official also presented the carrier’s plans, which are commercial namely.

"We intend to implement a new operating program that will allow us to increase the number of flights between Douala and Yaoundé to about twice daily (in the morning and afternoon). Also, we are working to ensure the effectiveness of online ticket purchasing and dispute handling (loss of baggage, etc.) systems. We plan to instantly process refunds, if necessary when the disputes are not settled. Also, we plan to launch a special university offer that will grant preferential rates to students and teachers," he indicated.