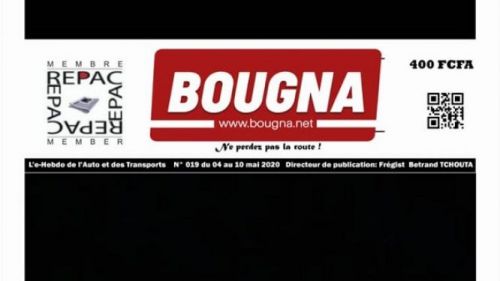 To celebrate the 27th edition of the World Press Freedom Day placed under the theme “Journalism without fear or favour,” some Cameroonian newspaper publishers in the association "Le Réseau des patrons de presse du Cameroun" (Repac) have decided to observe a "dead press" day.

“The decision to have a “dead press” day on May 4, 2020, throughout the country is based on the following observations:

1- The refusal of the state to support the resilience of the private press faced with the COVID-19 pandemic;

2- The increased economic fragility of the press due to the restrictive measures taken by the state in the context of the fight against COVID-19;

3- The non-disbursement in time, of the institutional support of the state formerly called “aid to the press” to private media organs;

4- The accumulation of the payment of arrears for services rendered by the press at the public treasury;

5- The very limited access of private newspapers to public procurement with regards to ad inserts;

6- The increasing decline of the amount for advertisement and the further unexplained extensions of payment dates for said advertisements by companies;

7- The poor sales of newspapers due to the difficulties encountered in distributing newspapers across the country;

8- An unsuitable tax policy for the press and the non-compliance with national and/or international conventions and agreements;

9- The non-implementation of the relevant recommendations of the 2012 general assembly meeting of communication, particularly the non-grooming of the law on social communication in Cameroon.

10- The arbitrary arrests of journalists in the exercise of their function and the maintenance of deprivation of liberty for press offenses in contradiction to the standards and international commitments of Cameroon.

Based on this, the publishers in Cameroon hold the national and international community as witnesses to the miseries inflicted on the private press. Publishers reserve the right to undertake other energetic actions likely to restore the press to its role of information, education, and the barometer of democracy,” the REPAC indicates in its release announcing the event.