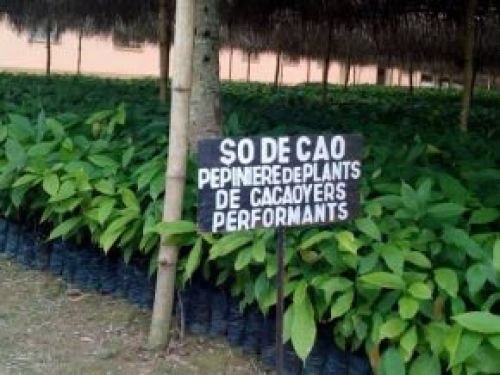 The National Cocoa Development Corporation (Sodecao) of Cameroon announced a plan to produce 7 million plants by 2023. Production and regeneration works have begun in the three seed fields in Mengang, Nkoemvone, and Abong-Mbang on 78 ha of land.

“This work will enable Sodecao to significantly increase the production of plant material in the short term, and in the medium term a significant increase in national cocoa production,” the company said. Partnerships have been signed for the production of quality cocoa plants and technical assistance. Civil engineering deals were also reached for agricultural developments and the opening of rural roads to enhance Sodecao's visibility among producers.

Sodecao's assessment shows that cocoa production in Cameroon is in decline. This is due to a weak production, the presence of parasites, the drop in soil fertility, the aging of plantations, the lack of agricultural advice, and the isolation of the production basins.