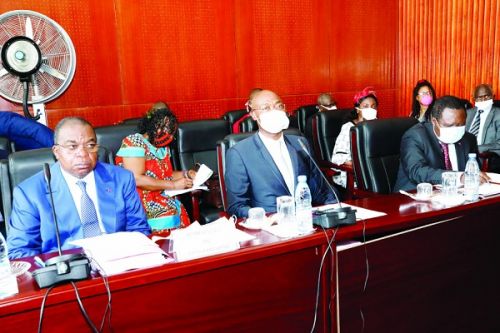 The Cameroonian government is adopting a state budget of CFA4,909.2 billion for the coming fiscal year, 4.3% higher than the 2020 budget in relative value and up CFA202.1 billion in absolute value. Between 2022 and 2023, the budget is projected to be CFA5,009.1 billion, according to the 2021-23 budget stance document presented by the Finance Minister, Louis Paul Motaze.

Oil revenues are expected to grow by 12.3% to CFA303.3 billion in 2021 spurred by the slight increase in global barrel price. For 2022 and 2023, the government projects oil revenues to stabilize at CFA269.5 billion, down 11.1% compared to 2021 due to an envisaged decline in prices over the period that will not be offset by the previous upturn.

Non-oil revenues are seen at CFA3,005.6 billion in 2021, up 16.5% (CFA426.7 billion) YOY. “The increase will be motivated, on one hand, by the envisaged gradual economic recovery after the pandemic, and, on the other hand, by the reduction of tax relief measures to curb the pandemic's consequences,” the minister said.

The government is also planning to reduce tax exemptions by at least CFA48 billion under the 2021 budget law. “Between 2022 and 2023, non-oil revenues are projected at an average of CFA3,341.9 billion, an increase of CFA336.3 billion (+11.2%) compared to 2021, mainly thanks to continued efforts to optimize the mobilization of these revenues, particularly the rationalization of tax expenditures,” the document states.