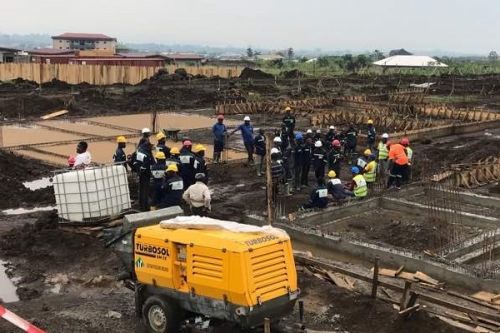 PLANUT: The Budget of the segment has already been exceeded by over XAF6 bln (MINSANTE)

Currently, the budget dedicated for the health component of the Three-​Year Emergency Plan for Growth Acceleration (PLANUT Santé) is already exceeded by over XAF6.682 billion. This was revealed earlier today April 8, 2021, by Minister of Public Health (MINSANTE) Manaouda Malachie while speaking before the national assembly.

In response to a request from deputies on the government's policy on the development of health infrastructure, the official explained this budget overrun was due to "additional works" in the regional hospitals of Ebolowa, Bafoussam, in the general hospitals of Douala (HGD) and Yaoundé (HGY) and at the University Teaching Hospital of Yaoundé (CHUY).

The initial budget for PLANUT Santé was XAF150 billion. It was aimed at modernizing 11 health facilities in the country. Three first category health facilities (HGD, HGY, and the University Teaching Hospital of Yaoundé) were to be renovated and their technical platforms updated.

The other eight health facilities are to be built and equipped in regional capitals (other than Yaoundé and Douala). According to the official, a XAF10 billion budget was set to update the technical platform of each of the three first category health facilities and XAF15 billion for the modernization of the other eight regional hospitals (the budget includes the studies, the construction and the equipment to be provided).

Currently, the construction works are fully completed at HGY and HGD but at the CHUY, they are 55% completed. Meanwhile, 100% of the equipment for HGY has been provided, and 98% for HGD.  "Except for Bamenda and Buea, where construction works were halted due to the security crisis, all the other regional hospitals will be delivered this year," Manaouda Malachie added.

Decreed by President Paul Biya in December 2014, PLANUT is funded by funds raised by the government from a pool of local banks and international financial institutions. The priority areas of intervention are urban development, housing, health, agriculture, livestock, road infrastructure, water, energy, and security. According to Prime Minister  Joseph Dion Ngute, as of November 25, 2020, nearly XAF856 billion worth of contracts had been awarded under the plan.