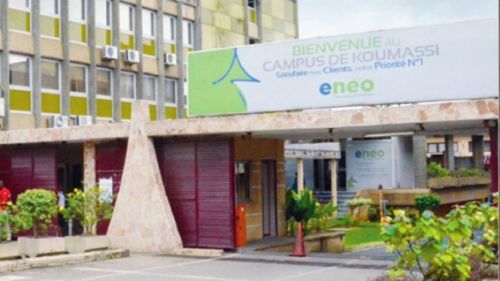 Electricity: Eneo resists regulator's injunction to suspend the issuance of bills based on estimates

In a letter dated June 11, 2020, the electricity sector’s regulator ARSEL asked ENEO, the concessionaire of electricity distribution, to suspend the operation it launched in Yaoundé and Douala to estimate clients’ monthly consumptions for billing purposes. Despite this order, ENEO intends to pursue its plan.

"Eneo announces to its customers, consumer associations, and other stakeholders that it fully understands the concerns they raised about the estimation of monthly electricity consumption bills. Starting this week, a series of measures will be taken and will be implemented progressively to initiate a new relationship between Eneo and its customers. The first measures will initially concern the branches in Douala, Yaounde, Bafoussam, Garoua, and Maroua," the Cameroonian subsidiary of investment fund Actis said in a press release published on July 7.

Eneo does not clearly explain what its "new relationship" with customers consists of, but according to our information, it does not mean suspension of monthly bills’ estimations rather, it means correcting the dysfunctions and biases noted, to bring the estimates much closer to actual consumption. The company also plans to involve customers in meter reading by allowing them to take pictures of their meters and send those pictures for actual reading.

According to the electricity concessionaire, this process is aimed at reducing costs since the monthly meter reading is laborious and costly in the context of chronic cash flow problems.

In June, seizing the opportunity offered by the Coronavirus pandemic, the ENEO extended its index reading system to 30% of its subscribers. This new system consists of reading the meters once every two or three months and before the next reading, monthly bills are sent to customers based on an estimate of their previous consumptions.

"The principle of this estimate is to charge the customer for consumption more or less equal to the average of his last three consumption levels. Under normal circumstances, the customer's consumption will be more or less the same from one month to the next," the company explains. However, the operation presents some problems. One of those problems is the inaccuracy that may arise in the estimation of billing ranges as consumers’ associations and the regulator pointed out.