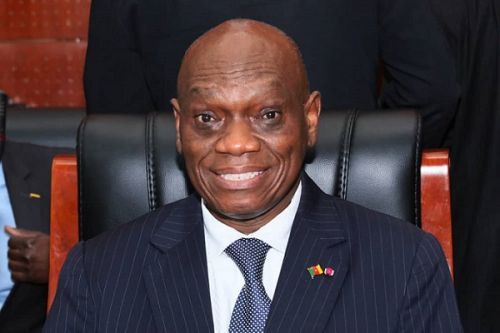 During his address before the parliament last December 3, Minister of Land Affairs (MINDCAF) Henri Eyebe Ayissi (photo) sent a strong message to his collaborators.

This message was aimed at boosting the Ministry of Land Affairs’ performance during the 2022 budget year. I am asking " everyone to respect the rules established by republican laws and regulations for land access, dispute settlements, and administrative appeals," he said. He then urged actors in the land management and development chain to be assured that his ministry will safeguard the rights and interests of every one of them by abiding by laid-out laws.

This is not the first time Henri Eyebe Ayissi is speaking out for the protection of land buyers and developers’ rights. He never concealed the misdeeds perpetrated by his administration that led to land procedures tainted by corruption and fraud. The MINDCAF sometimes even cancels or withdraws land certificates deemed litigious or obtained fraudulently.

The misdeeds at the Ministry of Land Affairs are so notorious that even the state's private domain is affected. Months ago, an audit mission from the Supreme state audit was at the ministry’s headquarters for control missions.

The period audited runs from January 31, 2016, to January 31, 2021, when several land conflicts involving senior government officials and administrative authorities were recorded. The cases are so notable that some officials suspected of being involved are forbidden from traveling out of Cameroon.

In the letter he sent to the MINDCAF on February 21, 2021, to convey the President of the Republic’s instructions, State Minister Ferdinand Ngoh Ngoh indicated that henceforth, any transactions involving state private domain that has not been approved by the Head of State should be considered null and void.

As for the MINDCAF, in 2022, it will open interactive discussions with users through a toll-free number (1527) thanks to which those users can report land corruption and frauds. “The number has already been authorized and assigned by the telecommunications regulatory board. In the coming weeks, it will be operationalized by [public operator] Camtel. (...) It will be operational in the first few weeks of 2022,” MINDCAF Henri Eyebe Ayissi informs.