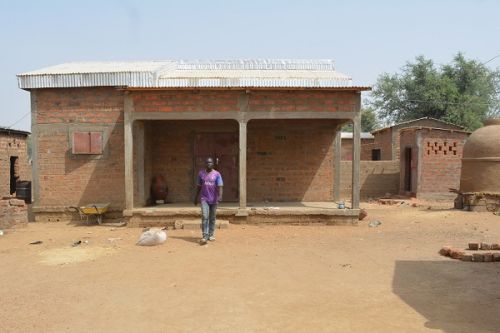 Cameroon will enter recession this year because of the coronavirus pandemic, according to a country report recently published by the International Monetary Fund (IMF). "GDP growth is projected to fall sharply to -1.2 percent or about 5 ppt below the pre-pandemic projection," the IMF projects.

Apart from the IMF prediction, the incoming recession was also announced by the Minister of Finance on 5 June in an interview with the government daily Cameroon tribune.

“The pandemic has led to a substantial deterioration in the global economic environment, reflecting a combination of global supply and demand shocks. On top of the largely expected spillovers from the external shock to Cameroon, the country is facing a rapid increase in the number of infected persons,” the IMF explains.

The IMF adds that the pandemic is expected to lead to further disruptions of production factors (capital and labour) in the country, a decline in credit to the economy, and economic losses resulting from deaths.

In concrete terms, this means that the stock of wealth available in Cameroon in 2019 will be reduced by 1.2% in 2020. Initially, the government projected it would increase by 4%. Poverty is therefore expected to increase in 2020 because the amount of wealth available will decrease while the population will increase. The National Institute of Statistics (INS) estimates the annual rate of change in the country's population at 2.6%. This prospect is all the more plosive as income inequalities between the poor and the rich are increasing. Between 2007 and 2014, these inequalities increased by 7 points according to the INS.

According to the 4th Cameroonian Household Survey (Ecam 4), published in 2016, the number of poor people was in an upward trend. From 7.1 million in 2007, the number of Cameroonians living below the monetary poverty line (set at XAF339,715 per year, or XAF931 per day) rose to 8.1 million in 2014. This can be explained by the fact that the rate of poverty reduction (around 0.34 per year) is extremely lower than the rate of population growth (an average of 2.6% per year).

Rural areas, the northern regions (Adamaoua, North and the Far North), and the North-West are the most affected. These four regions together account for 74% of the poor population. "The deterioration of the security situation since 2014 in the northern regions and the worsening of the crisis in the English-speaking regions may have exacerbated the situation of the poor, due to the growing influx of refugees and displaced persons," the International Monetary Fund (IMF) estimates.