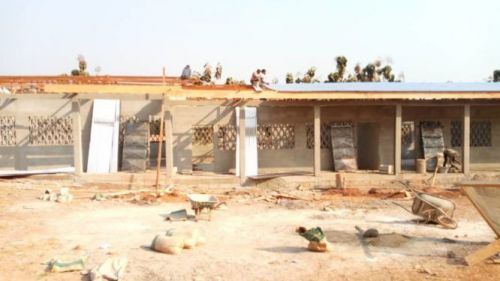 A decision of the Minister of Public Procurement (Minmap), Ibrahim Talba Malla, dated May 26, 2021, terminates a total of 74 public procurements for the years 2018 and 2019 for various reasons, including their abandonment by providers.

The decision affects the 40 companies awarded these contracts, most of which are related to the construction of drinking water supply systems, classrooms, agricultural tracks, etc. The companies are banned from bidding on public procurements for two years.

"During the period of prohibition, the companies concerned may not apply for, co-subcontract, or subcontract all or part of the services covered by the public procurements, unless a special dispensation is granted exclusively by the minister in charge of public procurement," the decision states.

This is the umpteenth time that Minmap has imposed such a sanction on companies. In 2020, Ibrahim Talba Malla suspended a total of 369 service providers. To those who argue the ineffectiveness of this measure, since the sanctioned company can simply change its name while keeping the same managers, Minmap recalls that the suspension of such companies has saved the Treasury nearly CFA500 billion between 2012 and 2017. The ministry also notes an improvement in the execution of services, with more than 90% of contracts fully executed and received in the ten regions of the country since 2015. In addition, regulations are becoming increasingly strict.

“The list of natural and legal persons banned from bidding is available at www.armp.cm. This list is communicated every 15 days by the Public Procurement Regulation Agency to authorizing officers, chairmen of procurement committees, financial controllers and public accountants of the Treasury," according to the note relating to the 2021 Finance Act.