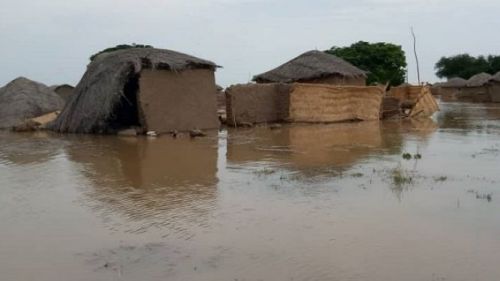 Floods: The EU announces XAF328 Mln support for the most affected regions

The European Union announces financial support for Cameroon’s northern regions affected by floods in the framework of a program designed to help five Central and West African countries deal with floodings.

"With these emergency funds of XAF1.5 billion, the EU is stepping up humanitarian support to the populations that have suffered severe flooding. This aid will enable partners to distribute drinking water, food assistance, first aid kits, and provide shelter and health services to the most affected populations," informs the European Commissioner for Crisis Management, Janez Lanarcic.

In Cameroon, the abundant floods of recent months have caused numerous damages in parts of the country. The situation has been particularly severe in the North and Far North where fields, houses, and schools were flooded, livestock drowned, roads destroyed and bridges washed away.

Maga, a locality in the department of Mayo Danay, was repeatedly flooded and due to heavy rainfall, water leaks in Maga's dyke exacerbated the overflow of the Logone River.