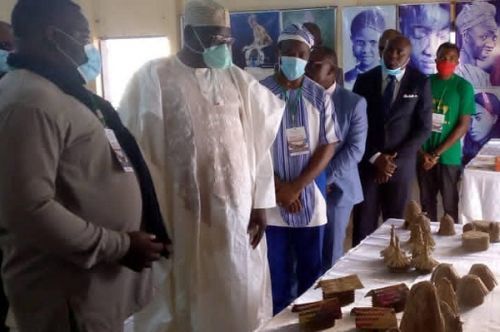 Since 2017, the government of Cameroon has invested about CFA102 billion as part of the three-year Special Youth Plan (PTS-Jeunes). The program has financed 5,485 projects and generated 16,021 jobs for youth across the territory. This information was reported in an interview given to the Cameroon Tribune by Mounouna Foutsou, Minister of Youth and Civic Education. The PTS-Jeunes is an initiative that aims to facilitate the socio-economic integration of young people between 15 and 35 years old.

The beneficiaries of this plan are recruited among the people registered on the platform of the National Youth Observatory. To date, more than one million young people including 2,035 from the diaspora have been recruited on this platform. "Among them, 58% are seeking funding for projects, 23% intend to carry out volunteer missions, 2% are looking for a job and 18% are seeking professional training," the Minister said.

The Plan, which is currently being implemented in the country's 360 districts as well as in the diaspora, has also helped consolidate 32,000 business plans from all regions of the country.

The funding of the Three-Year Special Youth Plan is directed towards six areas including crafts, agriculture, industry, livestock, digital economy and technological innovation. The process aims to support 1.5 million young people at a rate of 500,000 young people per year.

According to the latest statistics from the Ministry of Youth and Civic Education, among the project idea bearers, 33.70% are involved in agriculture, 28.84% in industry, 22.85% in the digital economy, 10.48% in innovation and 4.4% in other sectors.