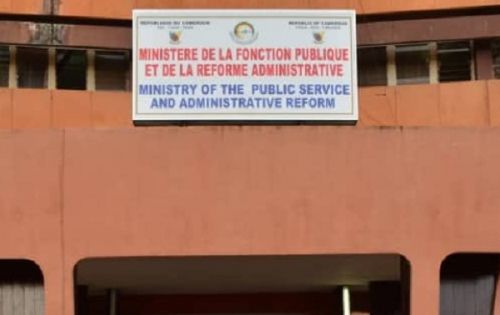 The document annexed to the 2021 Finance Law, which examines the situation of public employee remuneration, shows that as of June 30, 2020, the State of Cameroon had disbursed CFA516.7 billion for the remuneration of its personnel. On that date, this total wage bill represented 41.4% of tax revenues.

However, the Economic and Monetary Community of Central Africa (CEMAC), as part of the multilateral surveillance mechanism aimed at ensuring the economic convergence of its six-member states (Cameroon, Central African Republic, Congo, Gabon, Equatorial Guinea, and Chad), set the ceiling for the wage bill sustainability ratio, measured by the ratio of personnel expenditures to tax revenues, at 35%.

Since 2011, the budgetary sustainability ratio of the wage bill, which is a kind of measure of the State's ability to ensure the payment of its employees' salaries in the long term without increasing its debt, has followed a downward trend, going from 44.4% that year to 36.5% in 2019.

"Efforts to rationalize personnel expenses through the ongoing cleaning up of the payroll, as well as the dynamics of tax revenue mobilization, have made it possible to gradually improve the sustainability ratio of the wage bill," according to the document annexed to the budget law.

However, while the country is very close to the CEMAC standard, the Covid-19 pandemic in 2020 has brought the ratio to 41.4% by reducing tax revenues in particular. According to the budget directorate, if the government wants to stabilize the change in the wage bill sustainability ratio, it must further strengthen rationalization measures in FY2021.