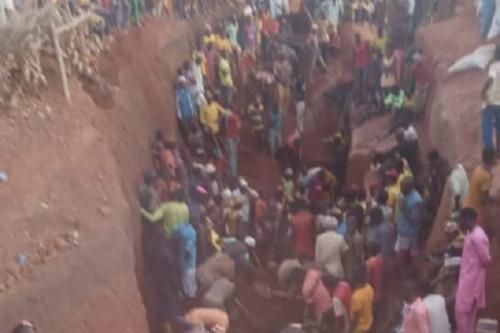 Five die in a landslide at an artisanal mine in Belita, East region

Five people were found dead on June 9 at an artisanal gold mine in Belita, Kadey department, East region. Cameroon Tribune reported that the tragedy occurred following a landslide.

Another source that reported the news, the NGO Foder, said the death toll is at least seven. Deaths at mining sites are a recurring problem in the eastern region of Cameroon, as companies fail to close the holes after extracting the gold. These holes cause deadly landslides or drowning of miners if they are filled with water.

Exasperated by the situation, the Minister of Mines, Gabriel Dodo Ndoké, published a list of companies in 2020 to which he gave 60 days, starting April 1, 2020, to restore the sites already exploited, under penalty of withdrawal of their permits. But since then, the phenomenon does not seem to have stopped.

As a reminder, according to the Foder NGO, between 2013 and April 2021, no less than 157 people, including children, have lost their lives in the country's mining fields. The same source revealed that 25% of these deaths are due to landslides and other drownings resulting from the non-rehabilitation of mining sites by operators.