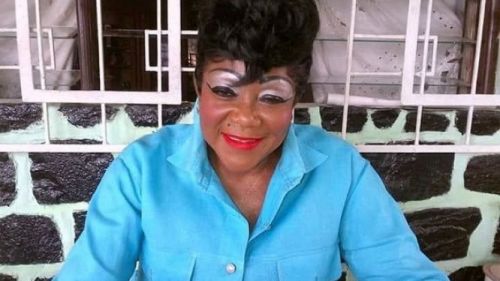 Reported dead multiple times on social networks in the past, the singer Nguea Laroute finally died on Sunday 14 June 2020 at her home in the Kotto district of Douala, following a long illness. Her death was confirmed by her family and friends. “It's true, Mama Nguea is dead. I am at the General Hospital for the administrative formalities to put her body in the morgue,” said the deceased’s brother, singer Papillon.

Mama Nguea's family said that after a seven-day stay at the military garrison hospital in Bonanjo for a medical check-up, the makossa singer had been allowed to return home. Her health seemed to have improved. But to everyone's surprise, she fell into a coma on Friday and lost the ability to speak. On Saturday, she came to her senses and seemed to recognize the people around her before she passed on the next day at 11:00 a.m.

Louise Koubinom had been suffering from diabetes for about 15 years. She had her legs amputated, one in October 2019, then the second in January 2020. She had appealed for help in a video broadcast on social networks in August 2019 to raise the necessary funds to cover her medical care. The Ministry of Arts and Culture (Minac) had granted her CFA2 million.

Author of 6 albums in her 30-year career, Mama Nguea has left her mark with songs such as “Désillusion”, “Chauffer moteur” and “Soleil de décembre.” She was preparing a new album, one of the titles of which, arranged by Toto Guillaume, was due to be released in 2019. But due to her health problems, the album was not released. Also known for her extravagant make-up, Mama Nguea was crowned Female Artist of the Year by Canal 2'Or in 2004. Elevated to the rank of Knight of the National Order of Valor, she would have celebrated her 60th birthday on July 2nd.