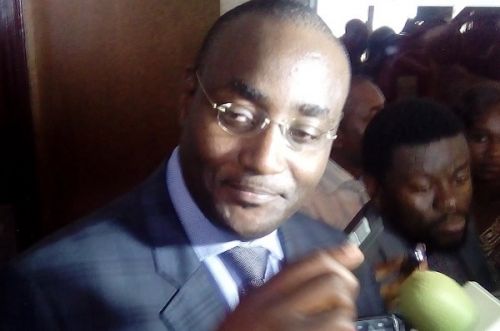 On June 8, following a recent request by its Chairman of the Board to re-examine the plan to place 65% of Camair-Co's staff on technical unemployment, due to the coronavirus, Louis Georges Njipendi Kuotu (photo), the carrier’s CEO denounced the national air transport union’s shady behaviors.

In that regard, Mr. Kuotu wrote: "I have the honour to recall that the implementation of the measure of technical unemployment for non-essential staff, initially planned to take effect on May 15, 2020, has already been postponed once due to the consultations you prescribed with the said unions. To this end, it should be noted that these successive postponements have financial effects linked not only to the unnecessary increase in the wage debt but also to the other charges inherent in keeping employees in their jobs, even if their presence is not necessary."

The CEO indicated that according to the labour code, it is not necessary to consult trade unions before the implementation of a technical unemployment plan. Also, he said, trade unions cannot replace the company’s corporate management. As such, the elaboration of a so-called "consensual" recovery plan could not be understood as instituting a form of co-management between management and the social partners

"Given all of the above and the constant lack of a viable alternative for Camair-Co's financial constraints and the State's budgetary difficulties, the general management remains convinced of the necessity, but also of the urgency, of implementing the measure placing the non-essential staff under technical unemployment, unless a substantial subsidy is allocated," Louis Georges Njipendi Kuotu concluded.

Last April, Camair-Co elaborated a plan to place more than half of its staff on technical leave. According to Louis Georges Njipendi Kuotu, the total cost of this plan is CFAF1.479 billion. This estimate, subject to wage variables, includes the salary of the 206 staff who will remain working (CFAF 938.79 million), and the compensation for the 371 staff who will be placed on technical unemployment (CFAF 540.49 million).