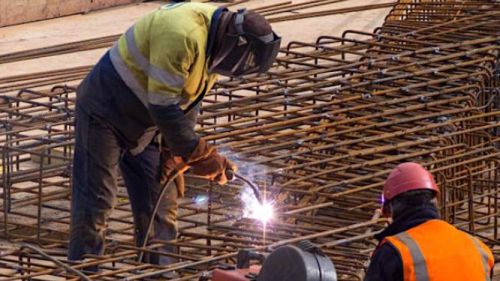 Nachtigal dam: Construction workers back on site after a 6-week strike

After six weeks on strike, 1,350 employees have returned to their posts at the Nachtigal dam construction site in Ndokoa, near Mbandjock in Upper Sanaga. They stopped their strike movement last Friday after a meeting with the Minister of Labor and Social Security Gregoire Owona, his colleague in charge of Water and Energy Gaston Eloundou Esomba, staff representatives, and CCN, the company in charge of the construction.

According to CRTV Radio, the two ministers led the mediation to find solutions to the workers’ claims. They started the strike, last February to denounce the non-compliance with some contractual terms binding them with CCN, the main subcontractor of the Nachtigal Hydro Power Company responsible for the implementation of the project.

The discussions are ongoing to strike a deal for the remaining claims like dirty-work and performance bonuses. This will allow optimum performance and incite workers to make up for the lost time. Indeed, delivery is scheduled for 2023 but, the works are 40% completed three years after they were launched.

Upon delivery, the Nachtigal dam (420 MW) will generate about 30% of Cameroon's hydroelectric power. This will support industrialization projects and reduce the country's energy deficit.