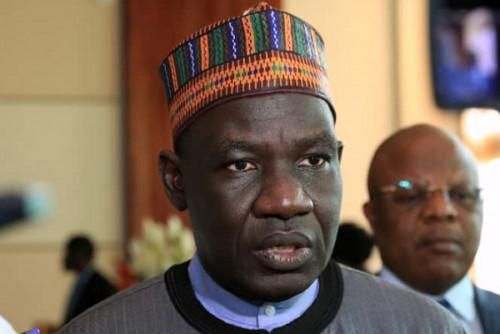 On November 12, 2021, while presenting Cameroon’s 2020-2030 national development strategy (SND30) to the national assembly, Minister of Economy Alamine Ousmane Mey (photo) expanded on the funding sources for the over XAF35000 billion strategy.

“The cost estimate is not absolute. It can be corrected with time (...) The major reforms and initiatives contained in the SND30 are expected to be financed from several sources including the state budget, local authorities, technical and financial partners as well as private operators, the diaspora included,” Minister Alamine Mey explained.

Public resources "must be adequately and extensively supplemented by resources from the private sector to create the leverage effect requested by the government to seek resources other than public debt and sovereign debts, which has its advantages but also has its fundraising limitations (...) Public debt will be controlled and innovative financing techniques will be prioritized,” he added.

In the SND30, the Cameroonian government notably explains that most of the projects will be financed “by private funds through notably public-private partnerships and the project finance mechanisms.”

Expanding on that part, Minister Alamine Mey revealed that in the framework of the SND30, the State of Cameroon will mostly carry out feasibility, cost-effectiveness, and maturation studies to make them attractive for private investors.

Let’s note that of all the infrastructures and development projects contained in the development strategy, the most expensive in the universal health coverage plan estimated at over XAF12000 billion.