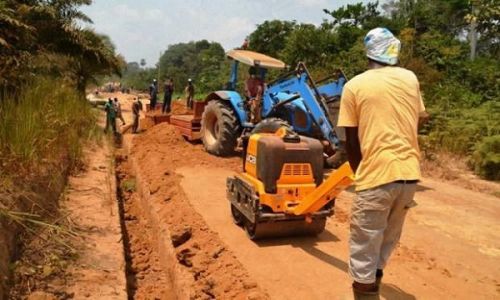 Of the 514 projects budgeted for the 2021 budget year in the North-West, 360 have been fully executed. Another 100 are in progress, according to the commission in charge of the assessment of the implementation of the Public Investment Budget. This represents an 80% execution rate, the commission estimated during a meeting in Bamenda last February 16.

This is an outstanding performance, given the instability caused by the separatist crisis ongoing in the region. Indeed, since its start in late 2016, the crisis has slowed the execution of the public investment budget.

For members of the above-mentioned commission quoted by state media CRTV, the 2021 performance was largely due to the use of local labor in the implementation of the said projects.

Talking before the national assembly last November, Paul TASONG, Minister Delegate to the Minister of Economy Planning and Regional Development, indicated that the security crisis prevented the execution of several projects (XAF16.4 billion) over the 2017-2019 period in the North-west and South-West, despite an increase in the budgets dedicated.