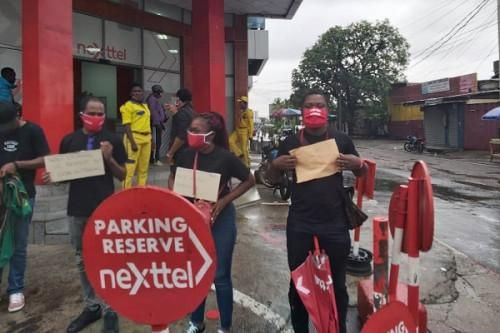 Telecom operator Nexttel, Cameroonian subsidiary of Vietnamese Viettel, has initiated the process of laying off its employees who have been on indefinite strike since June 11. Some 50 employees have already received their dismissal letters stating the same motive for dismissal:  “dismissal for gross misconduct.”

"On May 11, 2020, we received a correspondence from a labour movement, of which you are a member, informing us of claims against the company. On 10/06/2020, we were greatly surprised to receive, from your union, a notice of unlimited strike action that would take effect the next day, without allowing the company to prepare itself to better organize the framework in which the discussions were to take place. On Thursday 11/06/2020, you were formally identified among those who took part in this strike, which has dealt a serious blow to the company's reputation and image. This is unacceptable! " one of the letters co-signed by Resources Director Ahmadou Maliki and General Director Haman Oumar reads. "On the ground of all the above, you are informed of your dismissal for gross misconduct as of today, Friday, June 12, with all the legal effects that this entails," the letter continues.

According to the National Union of New Technology and Communication Workers (Syntic), this is an unfair dismissal. After Nexttel's top management refused the mediation of the labour inspectorate, the prefectural authorities of the city of Douala, where the company is headquartered, also began negotiations during which the company's general management promised to ease the tensions. "But today, we are surprised by these letters of dismissal distributed in the streets," Syntic comments.

When this wave of dismissals began, employees from the technical department of Nexttel sent a list of claims to the general management. They notably demanded "the reinstatement of colleagues who have been blocked since the beginning of the strike," "the restoration of annual leave," "the allocation of financial and material resources to achieve the objectives." The following are some of the measures taken by the Ministry of Health: "compliance with health standards for employees in high-risk areas and payment of hazard pay," " the election of staff delegates," "certified training for the staff," "on-call bonuses for employees working at night," " the provision of office materials (ink, paper, pen, notepad)."