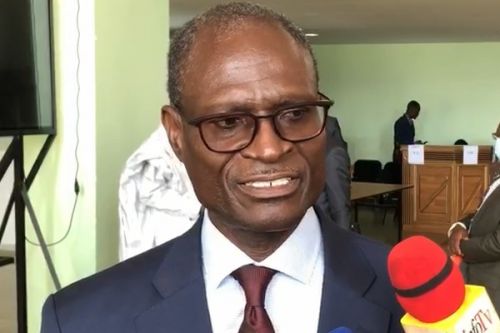 On June 17, 2021, while speaking before the parliament, Alain Olivier Noël Mekulu Mvondo, CEO of the National Social Insurance Fund CNPS, presented a brief overview of his institution’s financial position. According to the executive, as of December 31, 2020, the fund had XAF850 billion worth of assets. This included XAF400 billion of available and convertible assets like the social housings in Yaoundé, Kumba, Foumban, Mamfe, Ngaoundéré, Yokadouma and Ekondo-Titi. All these real estate investments were made in the past three years, the executive explained. Also, to justify those real estate investments, he invoked diversification needs and social security rules.

Apart from the available and convertible assets, the CNPS also had XAF325 billion in cash, we learn.

According to Alain Olivier Noël Mekulu Mvondo, the CNPS has also invested in the health sector with hospitals in Yaoundé, Maroua and Garoua. He praised the quality of the services offered by those hospitals but reckoned that their fees are higher compared to public hospitals.

Also, the CEO revealed that the CNPS records XAF2 billion loss in this sector yearly. Meaning, its current health investments are not profitable. Instead, the fund is obliged to bail the losses by drawing in its reserves. Nevertheless, he indicated that the CNPS would open an oncology center. Currently, he said, discussions are underway with Finnish, Russian, and German hospitals for this project planned for in its 2021 budget.

Let’s note that in March 2021, during its executive board meeting, the fund was claiming a XAF72.39 billion net profit for 2020 operations.