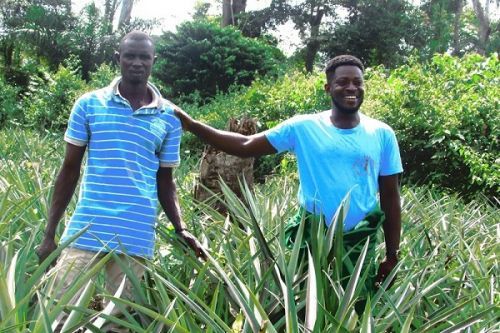 Through the Youth Entrepreneurship Promotion Program (PEA-Jeunes) launched 5 years ago, the government of Cameroon has created 8,000 jobs, according to Gabriel Mbairobe, Minister of Agriculture and Rural Development (Minader). Yesterday, December 17, 2020, the member of the government chaired the work of the Steering Committee of the PEA-Youth.

Following this meeting partially devoted to the evaluation of the Annual Work and Budget Plan (AWBP) 2020, the minister said that 3,516 people were sensitized in 2020: 2,105 men and 1,411 women. In addition, 659 young people with economic initiatives have received financial support for a total amount of more than CFA818 million. "We are satisfied with this project and we thank IFAD for agreeing to extend this program for two years. Thanks to this extension, we expect to achieve all our objectives and the PEA-Jeune will be able to move towards its second phase," said the President of the Steering Committee (Copil).

The AWBP for FY2021 was also submitted for approval by the 42 members of Copil during this 7th session. "For 2021, we will focus on finalizing the companies already created to make them autonomous. We are also going to focus on the sustainability of PEA-Jeunes actions in the field and on the multiplication of producer credits," explains Gabriel Mbairobe.

Created in 2015 for 6 years, the PEA-Jeunes aims to support the development of profitable enterprises managed by young people aged between 18 and 35 in promising agro-pastoral sectors, to contribute to the development of efficient agriculture, fight against rural poverty, and improve food security.

With an initial cost of CFA33.5 billion, the PEA-Youth is financed up to CFA22.8 billion by the International Fund for Agricultural Development (IFAD). The State's contribution amounts to CFA5 billion. The rest of the funds come from the Rural Finance Institute (CFA4.6 billion) and contributions from beneficiaries (CFA1.1 billion).