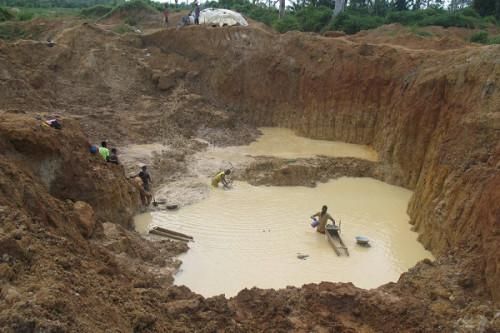 Cameroon: 14 artisanal miners died in the mining field due to companies’ negligence in the East in Jan-Apr 2021 (FODER)

Between January and April 2021, 14 artisanal miners died in mining fields in Eastern Cameroon, according to local NGO Forêt et développement rural (FODER), which fights for environmental protection on mining sites. According to the NGO, the number of deaths this year could be higher than the 20 recorded in Eastern Cameroon and in the Adamaoua in 2020.

FODER explains that most of the deaths  (157 recorded between 2013 and 2021) were due to the non-restoration of mining sites after operations. According to Cameroonian law, mining operators are required to refill the holes and the trenches dug during gold exploration once they complete their works.

However, in the Eastern region notably, several companies neglect that rule. That negligence favors landslides that destroy the environment or cause human casualties because some miners either get buried alive when there are landslides or drown during rainy seasons when the holes are filled with water.

In 2020, infuriated by those negligences, Mining Minister Gabriel Dodo Ndocké published a list of companies that he ordered to restore their old mining sites within sixty days starting from April 1, 2020. Since then, however, there has been no improvement, sources within the sector believe.

This new body count issued by the FODER comes just months after the creation of the National Mining Corporation (SONAMINES), on December 14, 2020. One of the missions of that company is to ensure that the measures issued for the restoration, renovation, and closure of mining sites are effectively implemented.