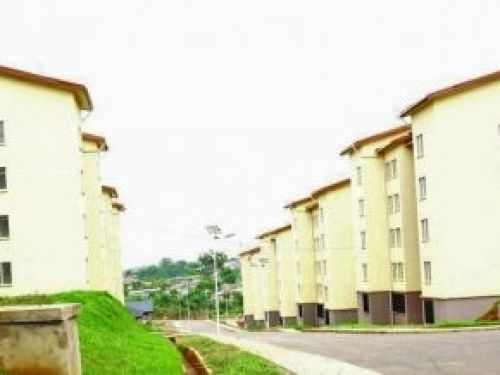 A study conducted between 2016 and 2018 by the National Institute of Statistics (INS) found that 87.5% (seven out of eight) of Cameroonian families cannot afford to buy a house without aid from the state.

This study, the results of which were unveiled on July 17, 2020, is mainly aimed at helping the Ministry of Housing and Urban Development (Minhdu) review its social housing policy to facilitate access to decent housing for a greater number of Cameroonians.

Equity financing for housing is almost out of reach for all households with a monthly income below CFA200,000. Only people who earn at least CFA376,000 are eligible for a banking loan between CFA19 million and CFA25 million.

For nearly 10 years now, the State has launched a program to build 10,000 social housing units, of which 1,675 have already been built in Douala and Yaoundé. However, the prices for these units are out of reach for people with low incomes (from CFA17 million for the most modest apartment), and the construction is also slow to be fully delivered.

Despite the many social housing construction projects launched by both the state and private operators, Cameroon still has a deficit of more than 2 million housing units.