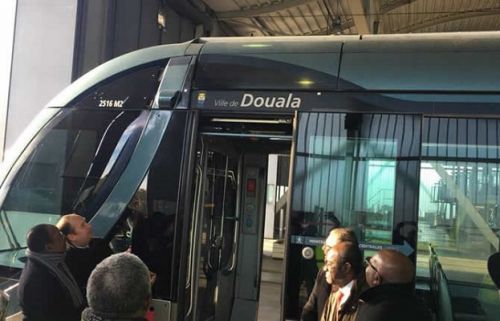 Roger Mbassa Ndine, mayor of Douala, is currently planning to relaunch the Douala tram project, which (according to the executive) will "solve the recurring traffic problems and facilitate mobility in the city of Douala."

During a press briefing on January 14, 2021, the mayor explained that this year, the project would surely reach another implementation stage since "public authorities, local and international partners are keen to start work as soon as possible," he explained to the government daily Cameroon Tribune.

Besides solving the traffic problems in Douala, the construction of the tramway should generate about 1,000 direct jobs, according to Iristone/ILCI (the company in charge of its construction).

Let’s note that this tramway project is not a novelty. In 2014, the first project led by Belgian company  Préfarails failed and Cameroonian authorities awarded the concession of this infrastructure to Belgian-Turkish consortium Iristone/ILCI.

According to the news website Business In Cameroon, the studies for the insertion of the tramway line and the autonomous energy solution were completed over two years ago. "The financing plans eligible for international funding have been completed and approved by the parties," we also learn.

The initial schedule was to start the works on the 18km pilot section in the first half of 2019 and enter into service in 2021. However, the deadlines for preliminary actions were not met. Also, the commercial contract between the Iristone/ILCI group and the Cameroonian government has not been signed yet.