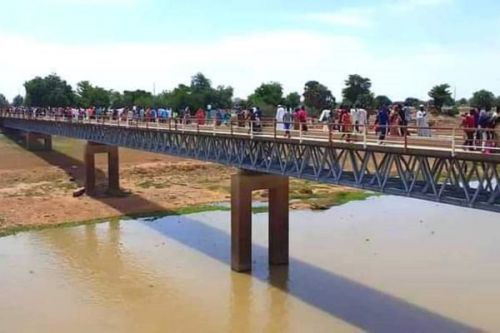 The Ngueli bridge over the Logone officially reopened for circulation, on June 20, 2021. This bridge, which represents the Cameroon-Chad border in Kousseri, was reopened by the prefect of the Logone et Chari department.

Days earlier, on June 17 specifically, Chadian authorities announced they had opened their side of the Ngueli bridge. “As you all know, it has been months that our borders are officially closed. The security and health conditions forced us to close those borders but no, we have reasons to believe that things have changed (…) We have been instructed to open our side of the border to allow smooth commercial and human transport. We will get in touch with our Cameroonian friends and brothers to inquire about the specific conditions required to get their side of the border opened,” said general Souleyman Abakar Adam, Chadian Minister of Public Security.