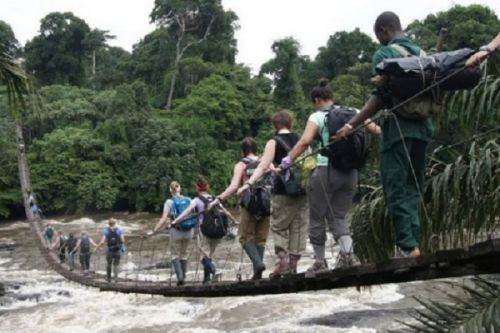 Cameroon intends to capitalize on the AFCON2021 it will organize from January 9 to February 6, 2022, to promote its tourism industry, hit hard by the coronavirus pandemic. With such a strategy, the country also plans to change the negative image conveyed about the country abroad. Through the AFCON2021, we must promote Cameroon as a country of progress," said Minister of Tourism (MINTOUL) Bello Bouba Maïgari, on state-owned television CRTV.

During a special session of the National Tourism Council, held on July 22, in Yaoundé, he presented the strategies adopted by the country to achieve its ambitions for the tourism industry. One of the key actions of this strategy is to reassure visitors about the health protocols in place by making this protocol accessible on smartphones. In addition, posters and multilingual guides informing about local tourism products will be available at Cameroonian embassies and diplomatic posts.

During the special session, Prime Minister Joseph Dion Ngute, who chaired the meeting, called on the various stakeholders to capitalize on the opportunities offered by the AFCON2021 to ensure that visitors will become ambassadors of Cameroonian tourist sites once they return to their respective countries.

As for the MINTOUL, he revealed that he also intends to mobilize "at least one million domestic tourists" during the AFCON. So, to reach a larger audience, the government is betting on mass communication media to present the touristic destinations in the country. It will also call for the contribution of the decentralized territorial units that will host the event.

For instance, those territorial units will take measures to improve the image of their communities by organizing regular sanitation operations and cleaning public spaces. Also, they will ensure that transport and guiding amenities are safe and easily accessible for visitors to tourist sites. According to Minister of Decentralization Georges Elanga Obam, the territorial units will also organize socio-cultural events to promote and attract tourists to the sites they host.

Initially scheduled to be held this year, the AFCON2021 was postponed to 2022 because of the coronavirus pandemic. The matches will be played in Yaoundé, Douala, Bafoussam, Garoua, Buea and Limbe.