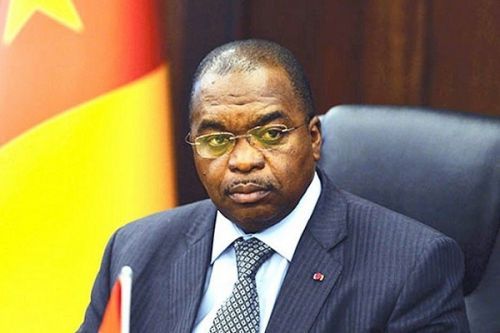 In the Ministry of Finance, all departments are getting rid of the temporary workers they were employing in the file processing chain. This is the result of an order from Minister Louis Paul Motaze, in a note he sent on January 12 to all the heads of the various departments in the ministry to send away anyone working without a contract.

"I noticed the presence of intruders who stay permanently in your departments. Those people are regularly involved in the processing of files although they have no established link with the administration. They cause problems that are generally attributed to the Ministry of Finance,” wrote Louis Paul Motaze in the note.

The Minister of Finance is more determined than ever to put an end to this situation. He promises that the Platform in charge of the fight against various intrusions in the processing of files at the Ministry of Finance has been alerted and, in the coming weeks, it will carry out unannounced visits to check whether all the intruders have left.

"The minister’s anger is prompted by one individual in particular. He was close to an official and swindled a large sum of money on behalf of the Ministry. This is why the minister launched this operation to send us away,” says one of the targeted individuals.

For the staff concerned, this is the end of an unofficial activity that was profitable. "We have always hoped that our situation would eventually be regularized after the census of temporary workers in toiling and precarious jobs. We have to face the facts. We have to look elsewhere because we heard that there will be a tracking campaign with the assistance of police forces," adds another “intruder’ saddened by the decision.

"We are numerous. There are about sixty of us in the Directorate of Financial Resources, the same in the budget department. Customs are even more affected by this situation. Some of us even had offices and work computers. Unfortunately, it ends this way," adds our source.

The frustration is even greater because some of the said intruders have been working unofficially for over ten years. Some of them are former interim staff of the ministry. After the contractualization of 2009 (the last one to date), the interim staff who did not receive a contract continued to work in the expectation of a second chance.

Some of the said intruders started working unofficially in the ministry through their relatives. “Even though we were not paid, the low-level job was not free. Nobody can die of hunger at the Ministry of Finance,” one of the ‘intruders’ we questioned told us.