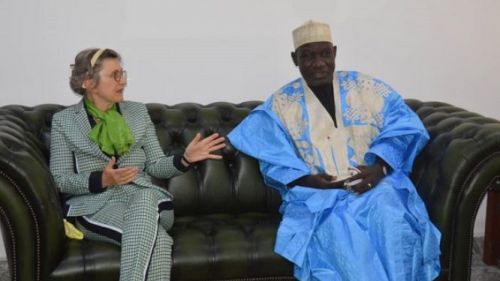 Cameroon and Germany are taking steps to strengthen their economic relations. In that regard, Corinna Fricke, the new German Ambassador to Cameroon was granted an audience on September 2020, by the Cameroonian Minister of Economy, Alamine Ousmane Mey.

The two officials discussed the existing relations between their countries and explored ways and opportunities to strengthen them. "To intensify economic and commercial cooperation between Yaoundé and Berlin, Alamine Ousmane Mey and his host stressed the importance of raising the level of German investment in Cameroon and improving the level of trade between the two countries,” the Ministry of Economy said in a statement.

The Ministry and the German Embassy intend to organize fora and other exchange meetings that could be a melting pot for business communities in both countries. The Cameroonian diaspora residing in Germany is highly solicited in this process.